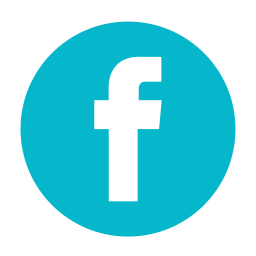 November 2021: What's new in the world of digital

Posted on 6th December 2021 at 10:07
In our latest edition of the Digital Revolution, we look at the latest changes in the digital marketing landscape in November. Google dominate this months edition, with a specific focus on SEO as Google confirm a new timeline for Page Experience becoming a ranking factor and a surprise Core algorithm update.

What is it?: At the start of November, Google announced that it will begin to rollout page experience from February 2022, after a delay of nine months. The other big change is that there has been no date set on the mobile aspect of this change, with the update only focussing on load factors such as speed and stability, specifically for desktop.
Why is it important?: Many brands have invested in site speed, not only to improve conversion rate but also to ensure that they were not impacted by the planned May update. The later release coupled with the focus on desktop (with no timescale for mobile), demonstrates that Google recognise that the industry isn’t ready for the mobile version of the update, especially with many brands Google Lighthouse scores being poor and percentage of site traffic from mobile ranging from 60%, to as high as 75%.
What action should you take?: Whilst information is currently available with Search Console, Google have confirmed that they will be updating the Google Search Console tools and reports to help site owners prepare for this update. “We are also planning to help site owners understand how their desktop pages are performing with regards to page experience using a Search Console report which will launch before desktop becomes a ranking signal”. We will provide updates on this change in future editions.
Discover more:
Desktop Signals to be Launched in February 2022
Google Drops Its Mobile First Indexing

What is it?: In a recent survey across 1,400 industry professionals across the globe, it is expected that 10-25% Revenue (or leads) decrease from Cookie Deprecation. Retailers and brands won’t physically see such a drop in conversions, however they will see more challenging Year on Year numbers presented within their analytics platforms such as Google Analytics.
Why is it important?: Measuring your marketing efforts accurately is the lifeblood of all digital marketers. The risk of cookie deprecation could see brands pull back on their paid investments, as their last click or attributed ROI numbers look less favourable than they did a year ago, ultimately losing market share as a result.
What action should you take?: We would initially recommend a data validation review, checking how your overall sales and leads numbers from your website platform match with the data tracked in Google Analytics. Understanding this variance is essential to ensure that all paid advertising gains the correct credit for the activity that has been driven. This will be an essential interim action, whilst the advertising platforms and tracking providers launch new ways to measure such as. Recent announcements from Google including the rollout of Consent Mode and the usage of first party data to attempt to solve this challenge shows some positive movement, however this will not solve the challenge for all publishers.
Discover more:
Lotame Survey

What is it?: On the 17th November, Google announced the latest core update, which rewards and downgrades sites based on the quality of the content. This is the first time that such a change has happened during retails peak trading period and has taken many people in the industry by surprise. Whilst initial industry changes were seen as early as the 18th, the rollout completed within the usual two week time frame (30th November).
Why is it important?: Paid advertising costs have reported to be at an all time high in November and continue to increase across both Google and Facebook. The requirement to maintain and grow your organic search traffic from Google and other search engines is more important than ever.
What action should you take?: Check your rankings in search console to understand whether you have seen any unexpected reductions. Looking at page level data can also help to diagnose specific pages which may have been affected by the update. Identifying any pages like this will require a review of the quality of the content, ensuring this is unique and adding value to customers.
Discover more:
Core Update Launch Announcement
Is Google Out of Touch with the SEO Community
Core Update Complete

Whilst the major focus in this months report has been SEO, a big focal point no matter what industry you are in should be on the challenge of measuring your marketing effectiveness in 2022.
Taking a look at this years data, we have noticed the gap is widening between tracked conversions in Google Analytics and what is measured on site. Our recommendation to calculate assumed conversions by channel whilst not perfect and to have a lower ROI for your paid marketing based on this, will help to negate some of these challenges whilst the industry plays catch-up on a consumer driven change.
If any of the above has peaked your interest, don't hesitate to get in touch to understand how we can help you.
Tagged as: Digital Marketing, Guide, Thought Leadership, Top Tips
Share this post:
Back to blog
Share this post:
Our site uses cookies, including for advertising personalisation. For more information, see our cookie policy. Accept cookies and close
Reject cookies Manage settings